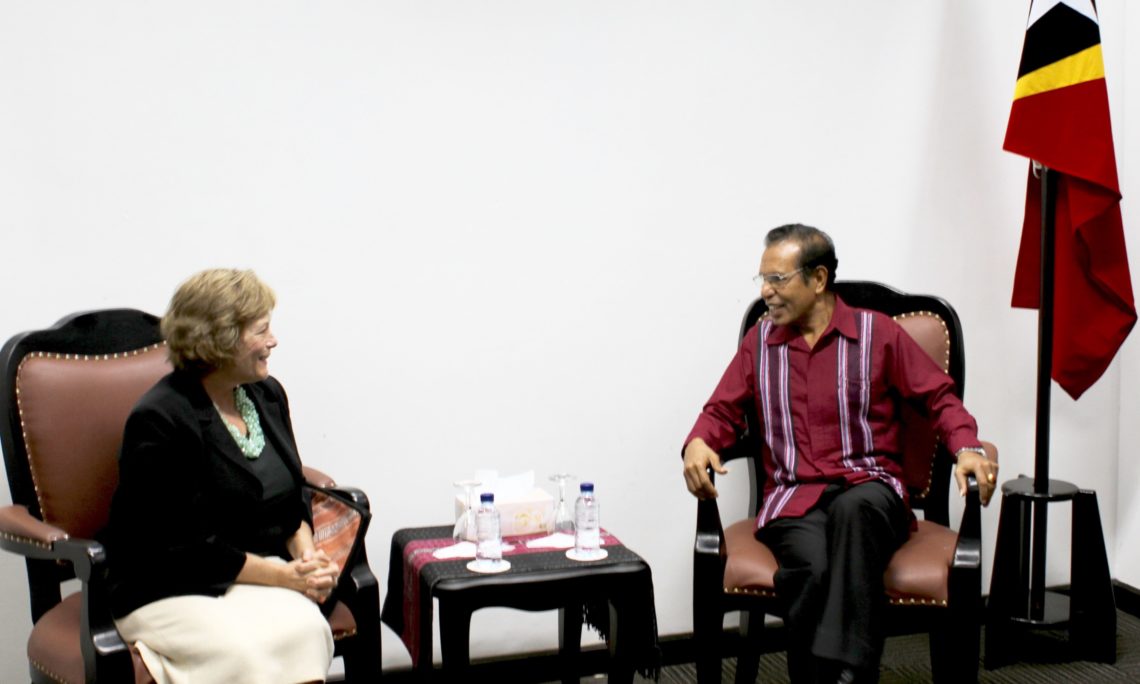 Dili – On July 10, U.S. Ambassador Kathleen Fitzpatrick met with Prime Minister Taur Matan Ruak to congratulate him and his new government. The Prime Minister also received a personal letter of congratulations from President Trump. “We reaffirmed the valuable partnership between Timor-Leste and the United States of America and our desire to strengthen these ties. The latest example of the U.S.-Timor-Leste partnership is our Millennium Challenge Corporation – MCC Compact.” Ambassador Fitzpatrick.  The U.S. government selected Timor-Leste for an MCC Compact in December 2017. It is an initiative from Timor for Timor, in partnership with the United States. The MCC Compact will increase cooperation in important development areas, including developing the private sector. The Ambassador and the Prime Minister discussed how the MCC Compact would benefit the Timorese people and also talked about preparations for a high-level MCC visit next week. The U.S.-Timor-Leste partnership covers all areas and most importantly, supports Timor-Leste’s own goals for its future.