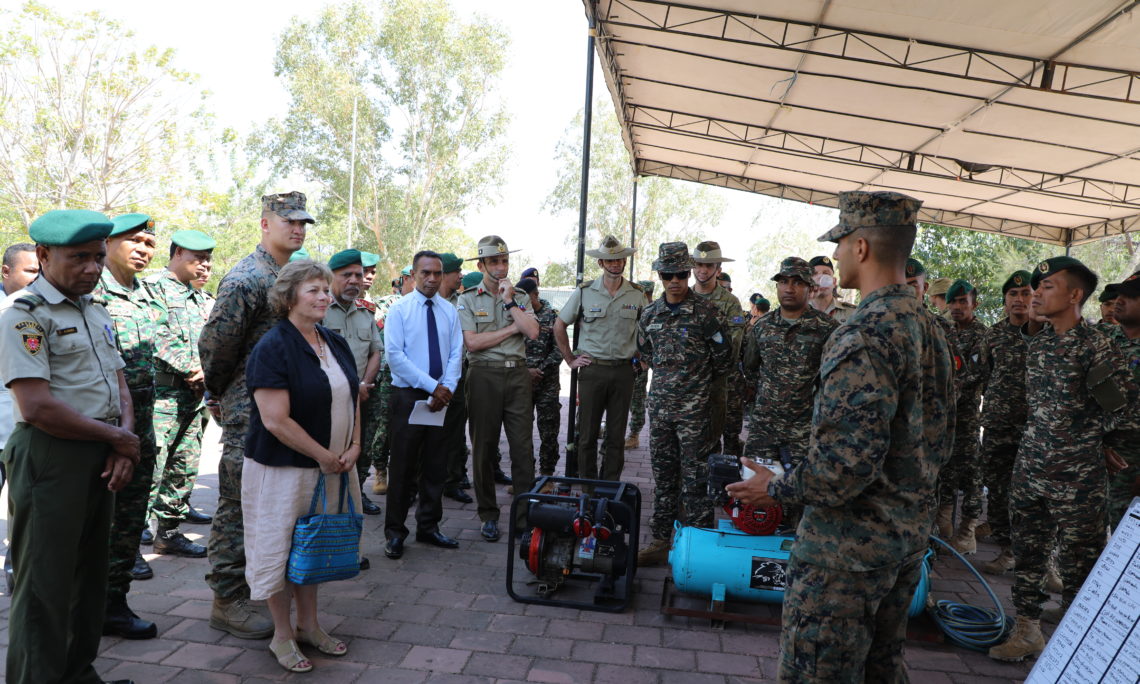 Bon Dia. My respects to:

1) Major General Lere, Chief of Defense for the F-FDTL

I will also like to acknowledge LTC Armindo and LTC Haksolok for assuming command of your components, congratulations. Good morning and welcome to the closing ceremony for this year’s exercise.

On behalf of the United States of America, I am proud to be with you today for the 7th anniversary of the Hari’I Hamutuk exercise.  This multinational exercise  brings together the F-FDTL, the U.S. Marines, the U.S. Navy Seabees, the Australian Defense Force, and the Japanese Self-Defense Forces. This year, HARI’I HAMUTUK  included 200 service members working side-by-side for a month to train and collaborate in construction and combat engineering projects.  They also performed a series of technical subject matter expert exchanges. Earlier this morning, Hari’I Hamutuk particpants opened a new latrine facility in Becora’s School for Hospitality and Tourism.  The exercise members also completed refurbished a  small arms range complex and a dining facility in Metinaro Military Base.  The F-FDTL, as well as members of the local community, will greatly benefit from your hard work.

I am also proud that each of the five integrated sections were led by leadership from each nation and component.  We are stronger when we are integrated and when we practice the habits of cooperation so that in any hour of need, we already know how to work together. It is also important that the four countries in Hari’I Hamutuk represent for strong democratic countries in the Indo-Pacific region.  The work of our militaries with the citizens of Timor-Leste demonstrate how defense forces in a democracy work for the people and how they behave according to democratic norms.  In Hari’i Hamutuk, we learned from each other, provided support to the people of Timor-Leste, and built stronger bonds of lasting friendship and cooperation.

This is an important moment for Timor-Leste and for the contribution of the international community to its independence and democractic development.    A few weeks ago, we joined Timor-Leste in celebrating the 20th anniversary of the Popular Referendum. Tomorrow, we will celebrate the 20th Anniversary of INTERFET.  The U.S.  proudly participated in this operation.  During the operation, the United States provided 5,000 service members, 7 ships, and 100 aircrafts to reestablish security and assist with the rebuilding efforts.  Twenty years later, that same spirit of international cooperation continues, in Hari’I Hamutuk and other joint multinational exercise in Timor-Leste.

I wish you all continued success in the future.  Thank you!