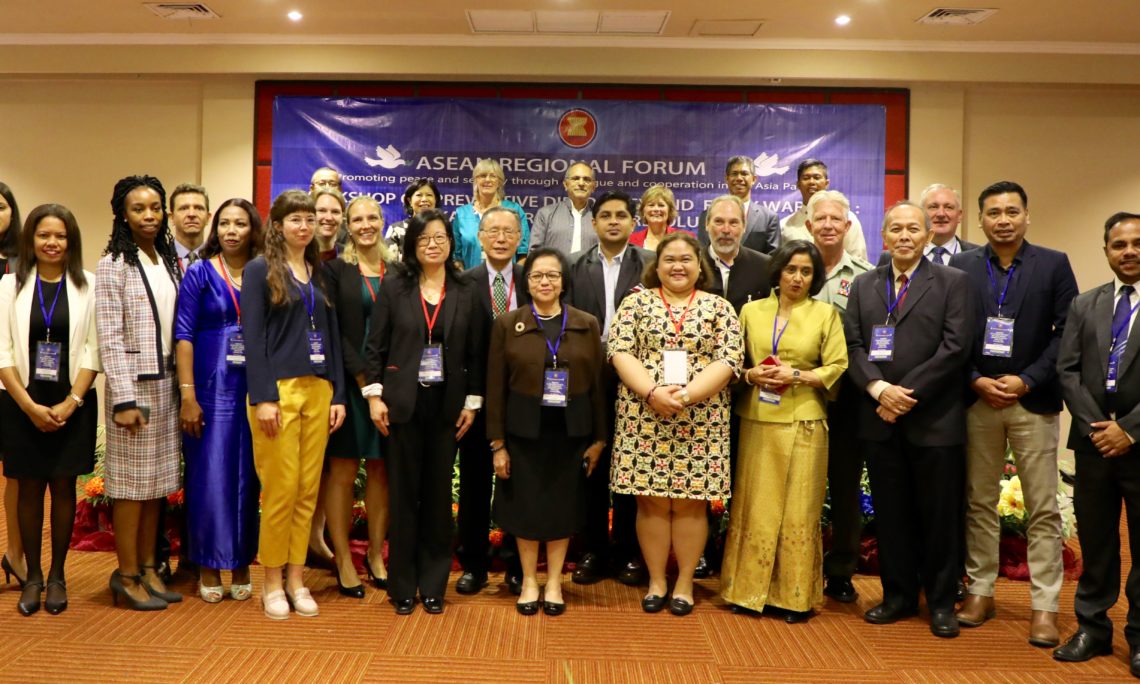 Good morning and for those of you who understand Tetum – Bondia. I usually deliver remarks in Tetum in Timor-Leste but since English is the language of ASEAN, I guess I will speak in my native language.

It is an honor to be here with you on this beautiful Wednesday morning. On behalf of the United States of America, I would like to thank the Ministry of Foreign Affairs and Cooperation for hosting this ASEAN Regional Forum Workshop. It is commendable that Timor-Leste, in just 17 years as an independent and democratic nation, already has the capacity to host events of this magnitude. Today’s workshop is a reminder of the important lessons Timor-Leste has to teach and the valuable contributions Timor-Leste has made as a member of the ASEAN Regional Forum. This is further evidence of why the United States supports Timor-Leste’s efforts to become a full member of ASEAN.

The people gathered here today represent over 26 countries from across the Indo-Pacific region and eight non-governmental organizations. We are here to discuss how we can coordinate to improve safety, awareness, and mutual support across our communities. Some of you may already know Dili as the “City of Peace.” In fact, it was former President H.E. Jose Ramos-Horta who gave the city this nickname following decades of colonization, occupation, and civil war. Remarkably, this “City of Peace” will now help share the message of peace and stability with its neighbors in the Indo-Pacific region. This message is at the core of U.S. efforts in Timor-Leste and throughout the Indo-Pacific region. The U.S. vision for a free and open Indo-Pacific is one in which like-minded, independent nations prosper by working together to promote freedom, peace, and security for all. This vision is why we are here today and guides our cooperation with the people and government of Timor-Leste.

Yesterday, Timor-Leste welcomed the USNS Fall River to Dili Port for Pacific Partnership 2019 – the largest annual, multilateral humanitarian assistance and disaster relief exercise in the Indo-Pacific. During these next two weeks, the United States – together with our allies, friends and partners – will conduct medical activities, engineering projects, and community engagements in Dili, Ermera, and Liquica. In addition to exercises like Pacific Partnership, we can help prepare for disasters by developing effective early warning systems. Early warning systems that accurately and inclusively collect data from government, civil society, women, and youth are the best way to identify and analyze risks, provide recommendations, and create contingency plans. Most importantly – early, coordinated responses can save hundreds of lives and avoid millions of dollars in damages. I would like to share an example from the United States. In the 1990s, the United States National Weather Service installed Doppler radar systems. This is a radar tracking system used to determine the location and speed of a storm. With this new technology, meteorologists improved their ability to provide earlier advance warnings for more tornadoes. This system reduced fatalities by 45 percent and reduced injuries by 40 percent. This translates to 79 prevented deaths and 1,052 prevented injuries per year in the United States. Combining accurate data with effective early response efforts saves lives. Together, we can achieve results. We can prevent the loss of life. We can uphold and strengthen Dili’s reputation as a “City of Peace.”

In closing, I would like to once again thank all the organizers, presenters, and participants today for your contributions and enthusiasm. It’s going to be a great workshop and I look forward to seeing the results. Thank you very much. Obrigada barak.