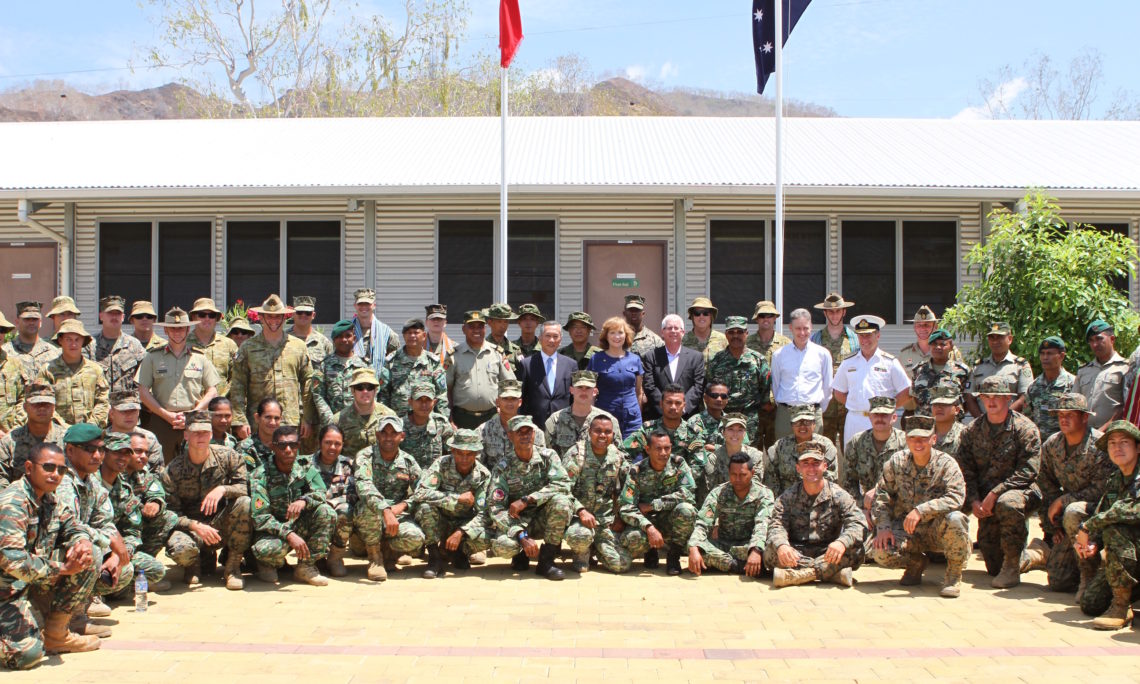 The closing ceremony for Harii Hamutuk – an annual military exercise that showcases the hard work and collaboration of engineers from the Timor-Leste Defense Force (F-FDTL) and partner nations – took place on 7 November 2017 at the Metinaro Military Base.  In its fifth year, the exercise brought together engineers from Timor-Leste, Australia, the United States and Japan to develop key infrastructure projects.

The engineers received training for trade skills such as bricklaying, carpentry, electrical work, plumbing, and conveyancing.  Furthermore, Harii Hamutuk 2017 provided an opportunity for the engineers to build their capacity as leaders.

Participants conducted several infrastructure developments over the course of the exercise, including refurbishment and maintenance projects completed at Baucau and Metinaro Military Bases.  The engineers also upgraded the water supply and drainage piping at the Sidara Health Clinic, which is vital to the local community.

Harii Hamutuk and other training opportunities remain an essential part of ongoing defense and security cooperation between Timor-Leste, Australia, the United States and Japan.  This collaboration demonstrates the commitment shared by the partner nations to support the growth of Timor-Leste’s defense capability.