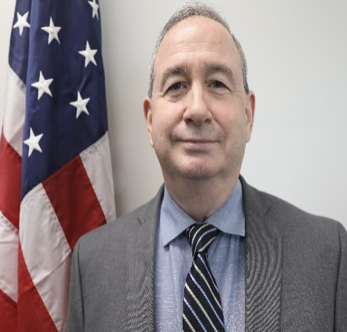 Tom Daley arrived in Dili, Timor-Leste in July 2021.  Before his posting in Dili as DCM, Tom served as Deputy Economic Counselor in Pretoria, South Africa, and Deputy Director in the International Organization Affairs Bureau’s Office of Economic and Development Affairs. Prior to that, Tom served at the U.S. Embassy in Koror, Palau, where he had the position of Mission Deputy but acted as Chargé d’affaires, a.i. for over 19 months.  Before Koror, Tom served in Juba, South Sudan, as the U.S. Embassy’s Economic Counselor.  His other assignments have included Chief of the Political/Economic Section at the U.S. Embassy in Vientiane, Laos; Deputy Principal Officer at the U.S. Consulate in Medan, Indonesia; Political/Economic Chief at the Regional Embassy Office in Basrah, Iraq; and APEC Liaison Officer in Bangkok.  Tom has also been posted to Pristina, Kosovo; and Lagos, Nigeria.

In Washington, in addition to the IO/EDA position, Tom worked as a Staff Assistant to the Assistant Secretary for Economic and Business Affairs.  He also had the good fortune to earn a Master of Public Policy from Princeton University under the Department of State’s Weinberg Fellowship program.

Originally from Chicago, Illinois, Tom is married and has two children, Thomas and Halia, who continue to reside in the United States.