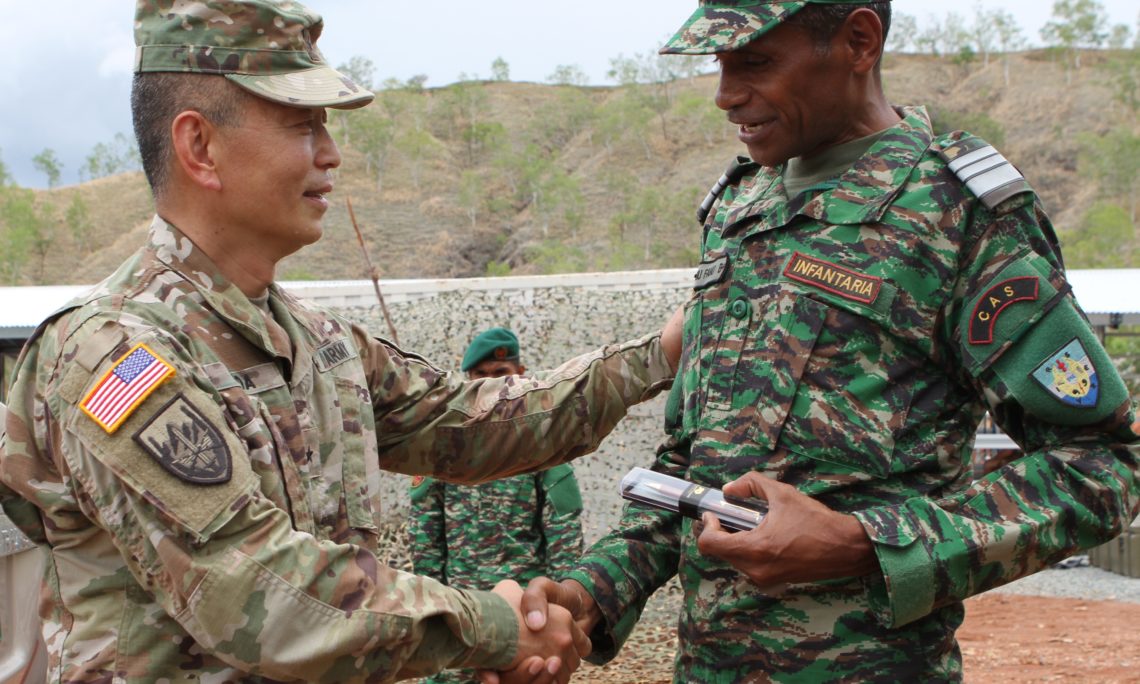 Harii Hamutuk 2016. Brigadier General Stephen Curda, Commanding General of the 9th Mission Support Command in Fort Shafter, Hawaii visited Timor-Leste from October 23rd to 25th in order to visit U.S., Australian, Japanese and F-FDTL forces participating in Exercise Harii Hamutuk 2016. Curda directly observed multilateral military security cooperation in Timor-Leste that aims to enhance military engineering interoperability, exchange skills and knowledge between the four countries. He also visited Hera Naval Base, the Metinaro Medical Center and Metinaro Military Base where this year’s exercise is taking place. Curda also met with the F-FDTL Vice Chief of Defense, and several other key F-FDTL commanders to communicate the U.S. Army Pacific’s commitment to the exercise and plan for future collaboration with the Timorese Defense Forces. Engineers from the F-FDTL, Australia, the United States and Japan have been working side by side during this year’s exercise from October 3rd to November 4th in order to complete infrastructure development projects at the Hera and Metinaro military bases, as well as in the Metinaro community.