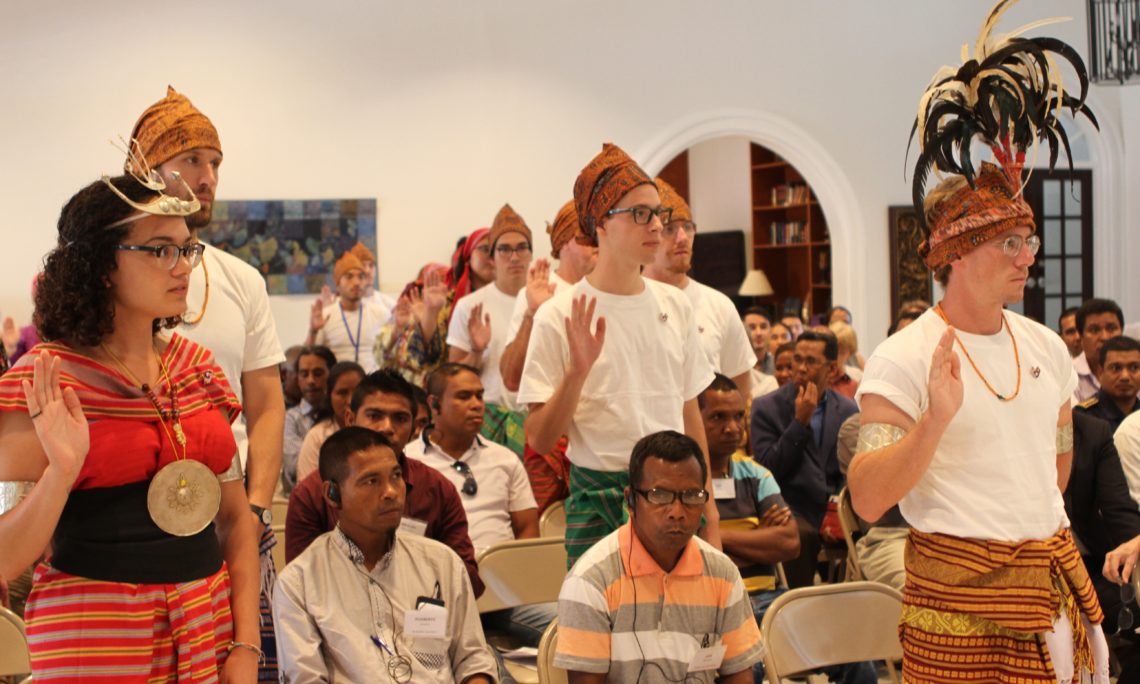 Minister of State and National Security Advisor Dr. Jose Ramos Horta joined U.S. Ambassador Karen Stanton for a Peace Corps swearing-in ceremony at the U.S. Embassy on October 19, 2017.  Nineteen American citizens took the oath of service to become the third group of Peace Corps Volunteers to serve in Timor-Leste since the program reopened in 2015.  For the next two years, the volunteers will live with local families and work in rural communities on issues such as small business, livelihood, entrepreneurship and organizational development.

Approximately 70 Americans have served as Peace Corps Volunteers in Timor-Leste since 2015.  “Peace Corps Volunteers reflect the very highest ideals of the United States.  These volunteers are joining a very select group of talented Americans who have served in the Peace Corps,” said Ambassador Stanton.  Dr. Ramos Horta encouraged their Timorese counterparts to support the volunteers so that they “would return to the United States as ambassadors and share stories about their experience in Timor-Leste with others.”

The group arrived in Dili on August 15, 2017 and immediately began nine weeks of intensive language, cultural, and technical training.  They will be leaving Dili this week with their Timorese counterparts to their new communities in the municipalities of Liquica, Ermera, Aileu, Baucau, Ainaro, and Dili (Atauro).