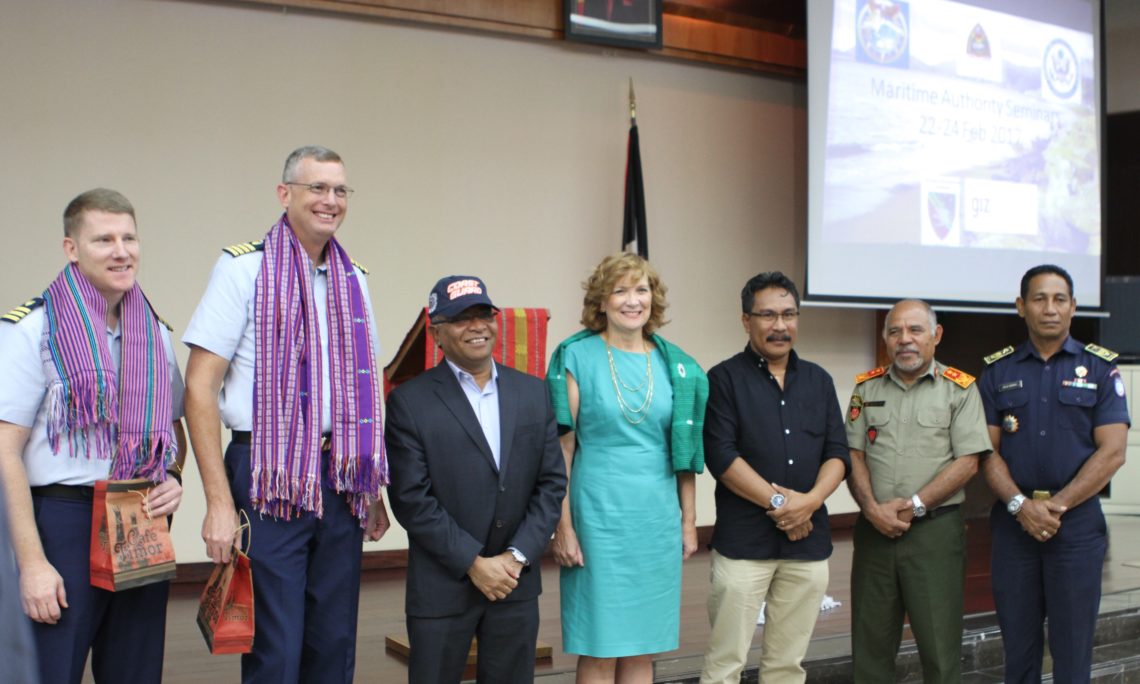 DILI–Timor-Leste and the United States will be co-hosting a Maritime Authority Seminar in Dili at the Ministry of Defense/F-FDTL Headquarters Auditorium from 22-24 February, with the goal of supporting a sustainable and effective national maritime authority in Timor-Leste. The three-day conference is an initiative between the Office of the Prime Minister of the Democratic Republic of Timor-Leste, the U.S. Embassy in Dili, and the United States Pacific Command, and will open on 22 February with speeches by the Prime Minister and the Ambassador of the United States. The Office of Prime-Minister appreciates the effort by the U.S. Embassy in agreeing to co-host this seminar. Facilitators of these seminars will come from the Pacific Command in Hawaii who will share their expertise in Law of the Sea, Maritime Law Enforcement, Maritime Security, Maritime Governance, Fisheries Enforcement, and other topics. Key participants will come from all of the members of the National Integrated System which is under the Timor-Leste National Security Law. There will also be civilian and military observers from public and private sectors. The office of the Prime-Minister is certain this seminar will enrich participant’s knowledge and expertise in contributing to the discussion of establishing Timor-Leste National Maritime Authority. The authority is a body that has been envisaged by the currently approved Timor-Leste’s National Strategic Concept of Defence and Security (White Paper). Timor-Leste and the United States share mutual interests in continued peace, prosperity, and security in the Asia Pacific region. Both nations recognize that maritime organizations with clear missions and responsibilities will be better prepared to protect our collective interests at sea from threats such as transnational crime, trafficking (goods and people), and illegal fishing which jeopardize the security and prosperity of Timor-Leste and the region.