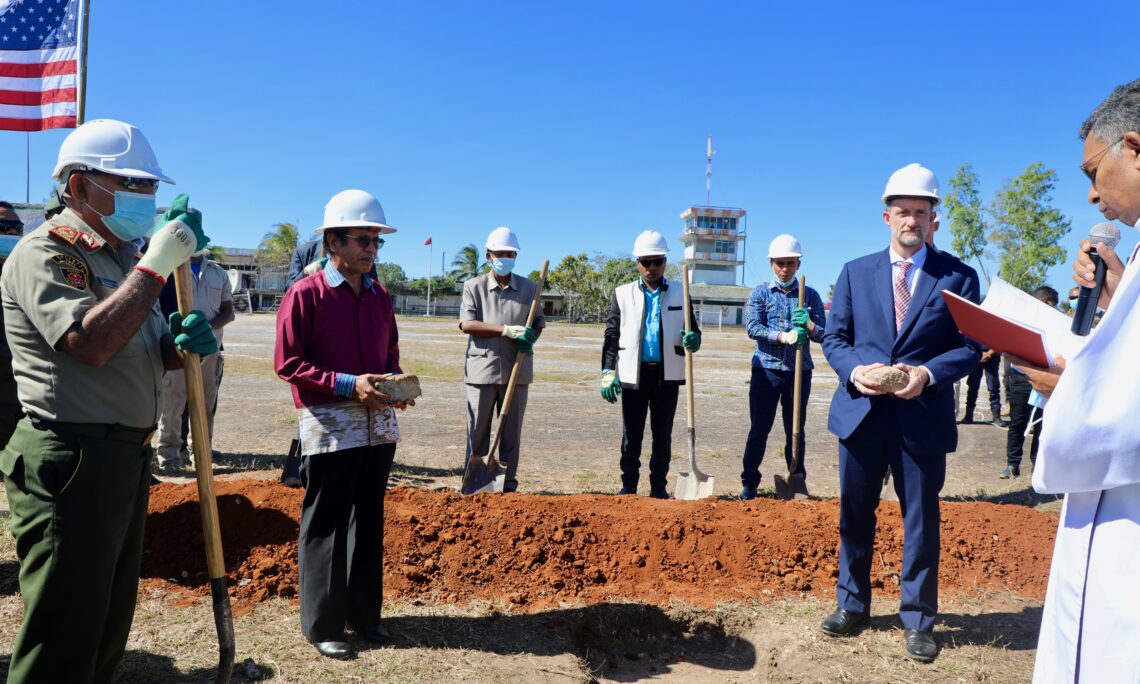 The ground-breaking took place two weeks after the June 28 signing of two Memoranda of Understanding between the Government of Timor-Leste and the U.S. Government signifying a joint commitment to rehabilitate elements of the airfield, along with the intent to engage in good faith discussions on potential support to the civil aviation sector in Timor-Leste. The rehabilitation project is funded by the U.S. Department of Defense, and aimed at enhancing the capacity of the F-FDTL in the areas of security, humanitarian assistance, and disaster response. Beginning in October of this year, a joint team of engineers from the F-FDTL and U.S. militáry will conduct small-scale infrastructure upgrades at the airfield, including the repair of a perimeter security fence and construction of an equipment warehouse to be used by the F-FDTL for operations and maintenance of its Air Component.

Ambassador Blackstone noted the significance of the ground-breaking, highlighting the close security cooperation and economic ties between the two countries.

“Today’s ground-breaking represents the United States’ strong commitment to support the people and Government of Timor-Leste to promote its security and economic development,” said U.S. Ambassador Kevin Blackstone. “The joint rehabilitation of Baucau Airfield will have a significant impact on the F-FDTL’s ability to monitor Timor-Leste’s territorial waters, respond to natural disasters, and has great potential to expand economic opportunities throughout Timor-Leste.  We are proud to partner with the Government on this important project and look forward to further collaboration.”