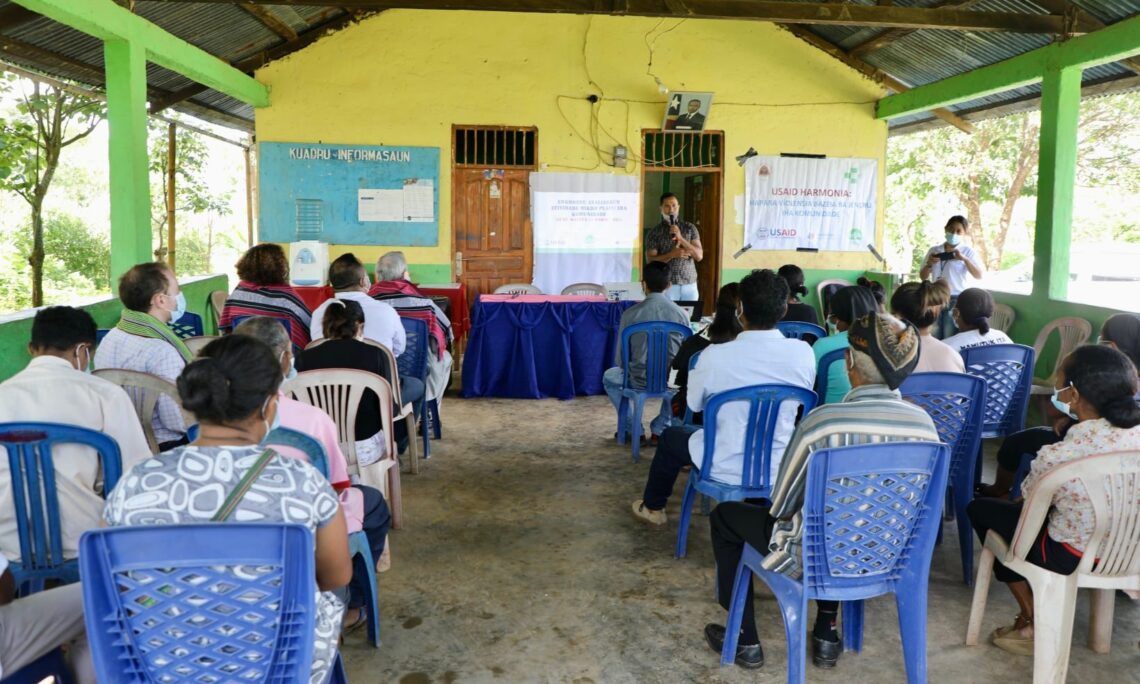 Matata, Timor-Leste, March 14, 2022 – U.S. Chargé d’Affaires Tom Daley and USAID Mission Director Zema Semunegus today visited community leaders in Ermera who are working to end gender-based violence with U.S. support.  Through the $1.2 million USAID-funded Harmonia project, communities in 31 villages in Ermera and Liquica are completing a series of initiatives designed to create social change to drive an end to gender-based violence against Timorese women and children and improve health services for victims of gender-based violence.  Over 3,000 community members and 280 health providers participated in the project.

“Thank you for participating in this program, which is one example of how the U.S.-Timorese partnership is creating opportunities for the Timorese people,” said U.S. Chargé d’Affaires Tom Daley in remarks to community leaders.  “Only when women and girls are able to live free from the fear of abuse and violence that they will be able to unleash their full talents.  This is absolutely essential to ensuring that we can all meet the challenges of the future, including economic development.”

Through the Harmonia project, local NGO Hamnasa is partnering with key stakeholders to deliver community-based sessions to build consensus and take action to address local gender-based violence challenges as well as training for health providers on how to respond to gender-based violence.  The project is implemented in Ermera and Liquica municipalities, where rates of gender-based violence exceed the national average.

The visit by the U.S. Chargé d’Affaires and USAID Mission Director are part of the U.S. Mission’s ongoing commemoration of the 20th anniversary of U.S.-Timorese diplomatic relations under the theme of “Friends, Partners, Opportunities.”  Since U.S.-Timorese diplomatic relations were established in 2002, the United States has contributed more than $250 million to support inclusive and peaceful development, leading to a more prosperous, healthy, and self-reliant Timor-Leste.  Through USAID, the U.S. Mission in Timor-Leste will contribute over $92 million over the next five years to strengthen Timor-Leste’s economy and governance.