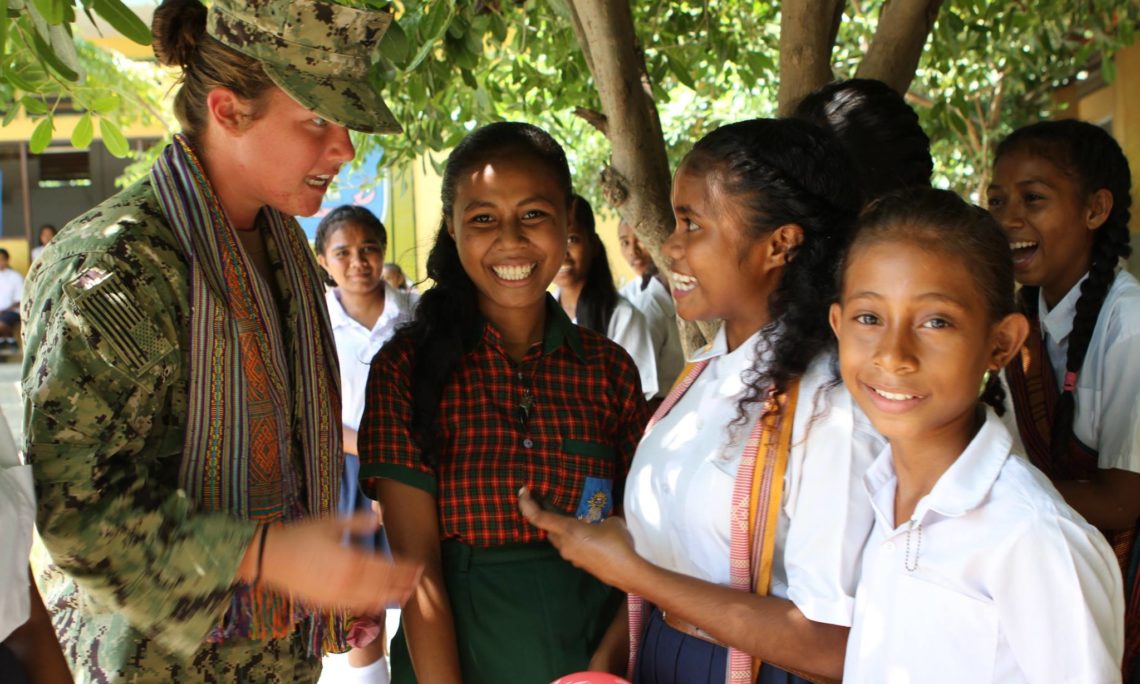 Dili
– On Wednesday, March, 22nd, 2017, U.S. Ambassador Karen Stanton joined the school officials and the F-FDTL to inaugurate a new wing at the Manleuana Primary School.

The new building was constructed from November 2016 to March 2017 by the U.S. Navy Seabees detachment in Timor-Leste in partnership with F-FDTL engineers. The new four-room building is an addition to another new building at Manleuana school which was constructed last year by the Seabees, working with the F-FDTL engineers and their Australian counterparts. In the last six months, the Seabees have completed work at the Metinaro Clinic, the Vemasse Primary School and the Manatuto Clinic. Since officially beginning operations in Timor-Leste in 2009, the Seabees have completed over 100 construction projects in the country, including nearly 50 large-scale projects, all completely funded by the U.S. government.  Projects include bridges, 37 schools, 13 health clinics and 6 community centers in seven districts across Timor-Leste.