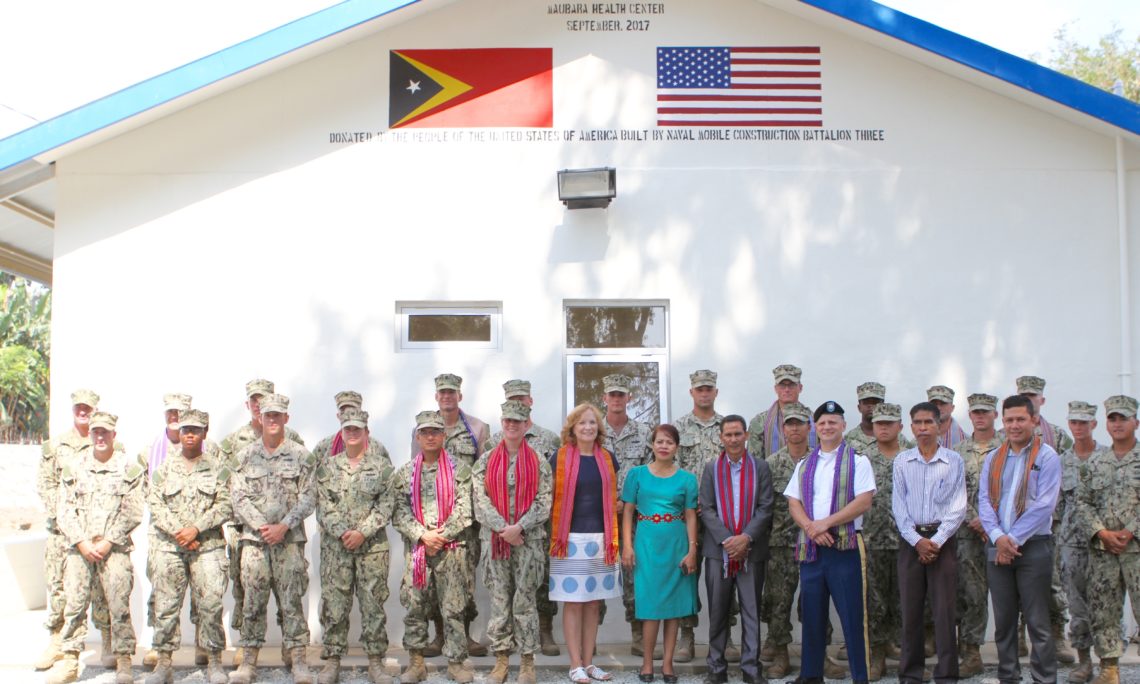 Vatobou – U.S. Ambassador to Timor-Leste Karen Stanton and the U.S. Naval Mobile Construction Battalion Three, also known as the Seabees, officially inaugurated the Vatobou Health Clinic in Liquiçá District at a ribbon-cutting ceremony on September 28.  With support from the Ministry of Health, the Seabees worked for more than three months to construct the facility, which will provide health care to more than 5,000 residents in the local area.

“The clinic is the latest of several projects that the Ministry of Health and the U.S. Navy Seabees have built together in Timor-Leste.  It is also represents the close friendship between our countries,” Ambassador Stanton said in her remarks.

The U.S. Navy Seabees have had a permanent presence in Timor-Leste since 2009.  The U.S. Navy Seabees have completed more than 100 U.S. government-funded construction projects in the country, including nearly 50 large-scale projects.  Projects include bridges, schools, health clinics, water supply system renovations, and community centers in seven districts across Timor-Leste.