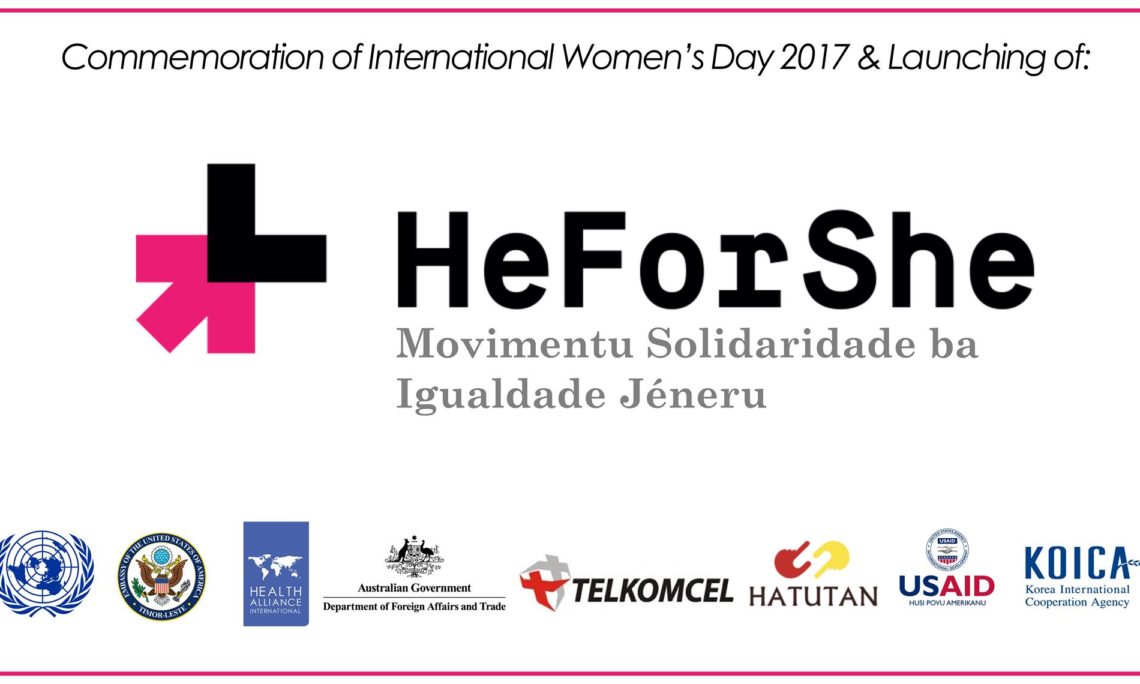 #HeForShe Event: The Embassy was proud to partner with the UN, the Australian Embassy, the Korean Embassy, and several partner organizations to organize the launch last week of the #HeForShe campaign in Timor-Leste at Timor Plaza on March 10th in an effort to up-end gender stereotypes in Timor-Leste and put forward positive role models for young men and boys.  The event included a special appearance (and cooking demonstration) by Prime Minister Rui Araujo, who gave a an inspiring speech about gender equality to the many young people present.