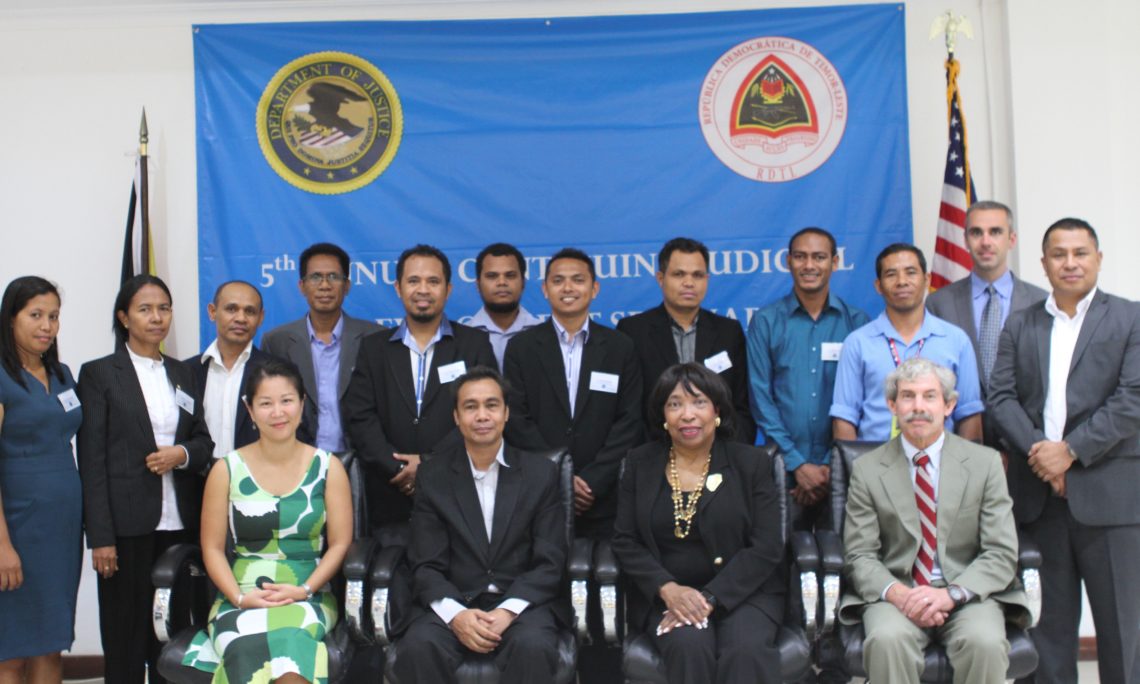 Dili – The U.S. Mission in Timor-Leste hosts the 5th Annual Continuing Judicial Development Seminar from August 28-30, 2017 at Hotel the Ramelau.

This year’s seminar features the Honorable Bernice B. Donald, a judge on the U.S. Court of Appeals for the Sixth Circuit.  The seminar is an opportunity for American and Timorese judicial officials to share their experiences and best practices.  This training is part of the U.S. Embassy’s ongoing support to help strengthen capacity in Timor-Leste’s justice sector.

In addition to Judge Donald, other presenters include representatives from the U.S. Embassy, the U.S. Internal Revenue Service, the Asia Foundation, and the International Organization for Migration.  More than 30 Timorese judges, including officials from each district are attending the seminar.

U.S. Embassy Chargé d’Affaires Daniel Bischof gave remarks at the opening ceremony on August 28 along with Judge Deolindo dos Santos, President of the Court of Appeals of Timor-Leste.