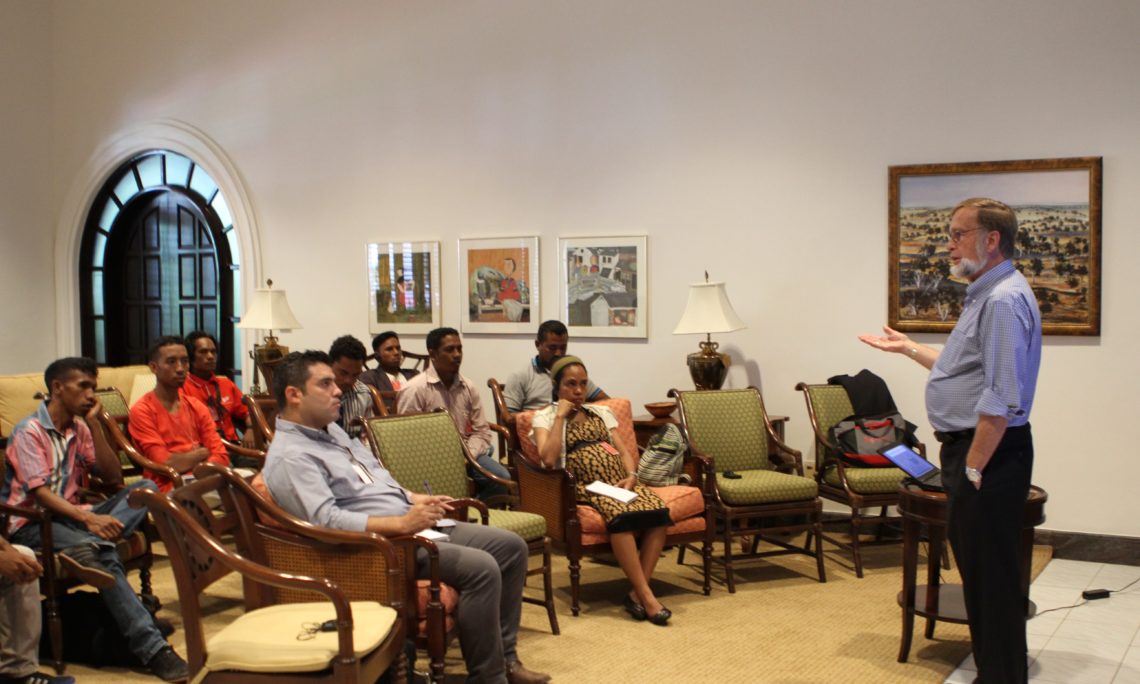 U.S. Embassy organizes KLABIS forum for local media on conflict and dispute-sensitive reporting. On October 26th, U.S. Embassy Dili hosted the quarterly ‘KLABIS’ media forum at the Embassy, focusing on best practices in reporting about conflict and disputes within local communities. Guest speaker Christopher W. Moore, Ph.D., who has worked as a professional mediator in nearly 50 countries, discussed with 12 local and international journalists from Timorese news outlets and the LUSA news agency about current best practices in reporting on conflicts, disputes and other tense situations, including a number of case studies from other societies recovering from conflict around the world. KLABIS is a name that refers to a balcony within a traditional Timorese house which is commonly used for multiple purposes: Traditional ceremonies, place for meeting/reunion or a place for simple and daily activities, such as chatting among families and relatives. U.S. Embassy Dili named it for its quarterly forum for engagement between the U.S. mission and Timor-Leste’s media.